The Story of the Gibson ES Series

The Gibson guitar company is known throughout the world for producing some of the most iconic and sought after instruments of all time.

Its reputation is built on the quality and craftsmanship of their instruments.

The ES style can be traced right back to Gibson’s earliest attempts at creating an electric guitar.

For some context, lets take a brief trip back in time to where it all began for this legendary brand.

Orville Gibson was born in New York in 1856. He grew up to be an accomplished mandolin player and skilled wood worker.

As he grew as a player, he realised the traditional construction of mandolins available at the time were not to his liking. He found the flat top with round bowl back a poor design with an ugly look and worked on crafting his own version. 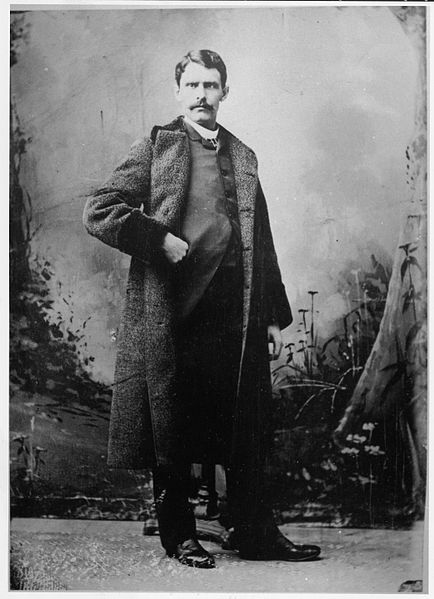 He came up with an impressive carved arch top instrument – inspired by Violin design. It featured a solid wood top and back which he named the F-style.

The instrument design produced a richer tone with more volume than the traditional mandolins of the era.

Gibson saw the potential is this new revolutionary design and it wasn’t long before he was making guitars with similar features.

His small one man workshop in Kalamazoo, Michigan quickly built a reputation in the local area. To keep up with demand, he founded the Gibson guitar company with a handful of local businessmen in 1902.

That year, the company released their first two guitars, the ‘style O’ and ‘style L’. 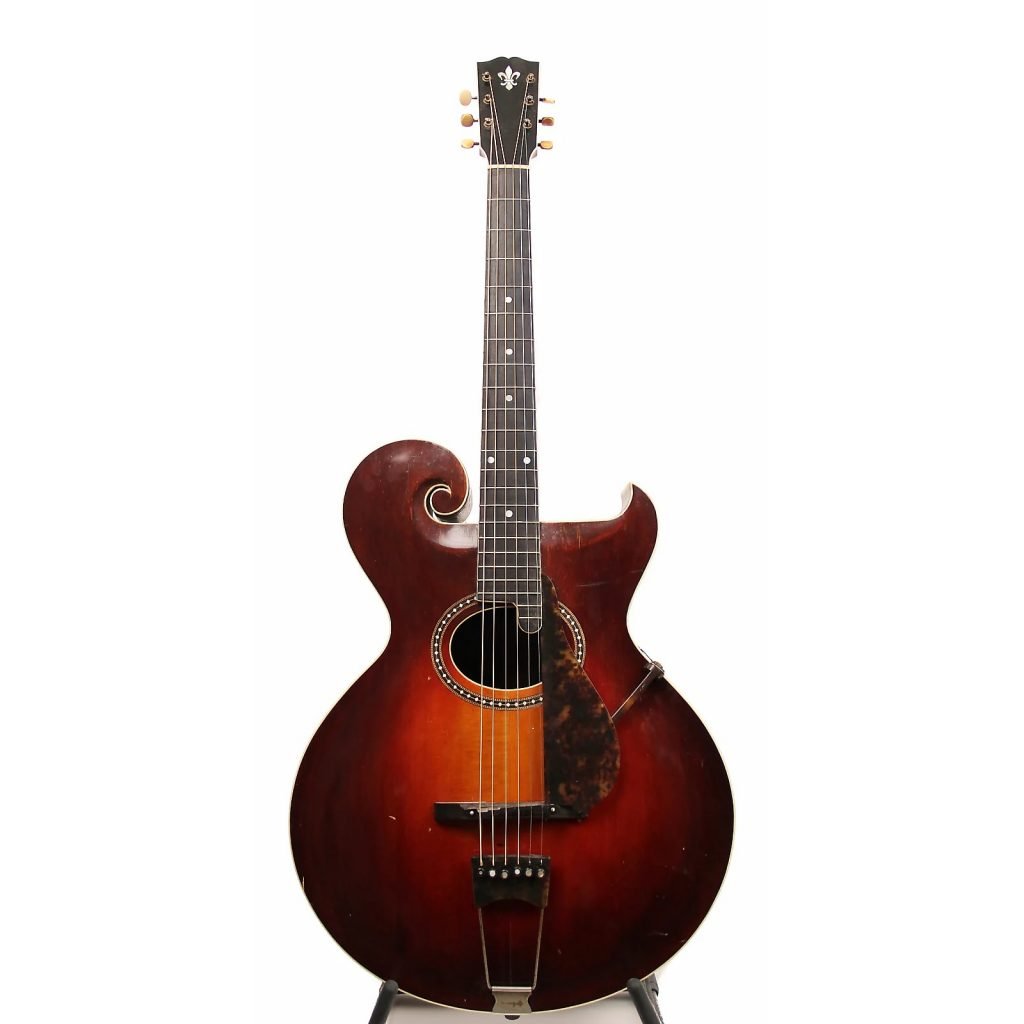 A modified style ‘O’ came six years after its initial release, featuring an intricately carved scroll on the upper body.

Both went through various refinements in the years to come, inspired from Gibson’s previous mandolin designs.

The company grew in size and reputation. By 1919, Lloyd Loar – a musician and luthier, was hired, bringing an experimental, forward thinking attitude. In the five years he worked for Gibson, he redesigned their acoustic guitars.

His new acoustic, the L-5 was a key development in guitar design. It replaced the traditional sound hole with 2 ‘F’ holes on the top of the guitar.

This would produce a clearer tone and greater volume, enabling guitarists to take over from the tenor banjos in the big bands they featured in.

This development in design was to change the fate of guitar players as they stepped out of the shadows and started to be heard for the first time.

Up until the mid 1930’s, guitar players were experimenting with adding pickups to their acoustics in the quest for more volume. These altered acoustics were seen as nothing more than a novelty.

By 1936, the concept of the electric guitar would change forever when Gibson introduced the ES-150.

As electric guitars were new technology, the Electro Spanish (ES)-150 came supplied with its own amplifier (EH-150) and a guitar cable so players had all they needed to start playing for $150.

During the 1930s, Christian made the guitar a respectable solo instrument in its own right. His playing with Benny Goodman’s band in particular, influenced countless single line jazz players that followed up to this day.

The design was developed from Gibson’s L-50 acoustic and featured a single pickup making it the first significant electric guitar on the market. 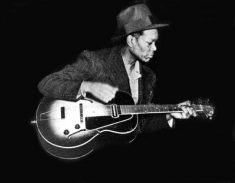 Charlie Christian with his ES-150

The pickup used on the ES-150 – now known as the ‘Charlie Christian pickup’ was developed by Walter Fuller and featured 2 solid nickel magnets placed inside below the strings. You can see the 3 mounting screws clearly visible on the top.

Over the next 10 years, the popularity of the ES-150 really started to take off, with key players like Charlie Christian and T-Bone Walker both playing them.

In fact it became the most popular guitar of the 1930’s and the design was only adjusted to a slightly bigger body, 10 years down the line.

By the end of the second world war in 1944, the Gibson company was bought by the Chicago Musical Instrument Corporation.

The head of the company at the time, Maurice Berlin took on a new employee from the Wurlitzer organ company called Theodore McCarty  – a.k.a Ted McCarty.

McCarty quickly rose through the ranks and became the Gibson president within 18 months.

During his time as president, the ES series grew in size with new models produced, including the ES-175 in 1949.

The ES-175 was less expensive than the ES-5 switch master (the electric version on the acoustic L-5, which featured 3 pickups).

It featured one single coil P90 pickup in the neck position and a unique sharply carved cutaway known as a ‘Florentine’ – which allowed access to the higher frets. 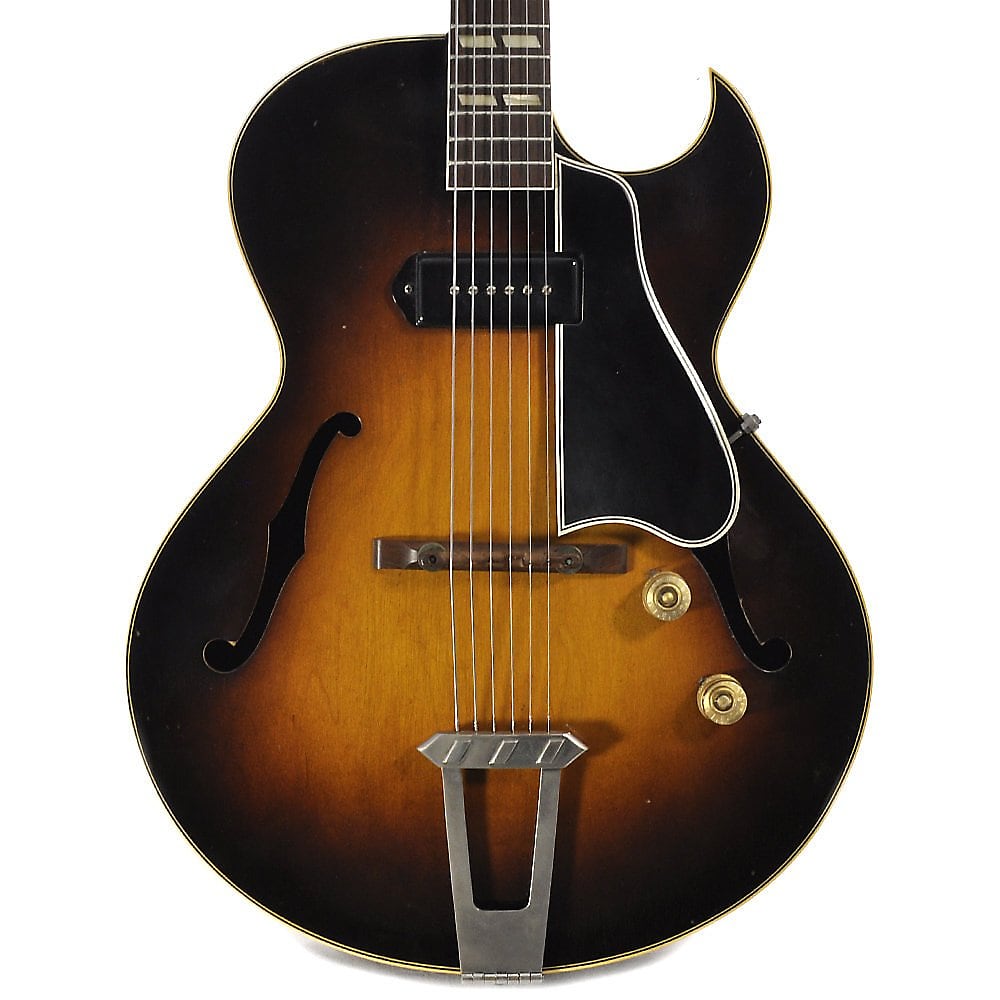 The P90 single coil pickup was Gibsons main type during this time. It featured adjustable pole pieces to improve the balance between each string.

The pickup wire inside was wound shallow and wide, producing a fatter sound compared to other single coil pickups around at the time.

The reasonable price of $175 saw the popularity of the ES-175 grow to become the most famous and longest running jazz guitar of all. The production of this model only came to an end in 2017.

Jazz guitar virtuoso Joe Pass – one of the most influential players in jazz, played an ES-175 throughout the majority of his career.

Also prog rock guitarist Steve Howe from the band ‘Yes’ has also been a big fan of the model over the years.

The design of the body shape has helped to lay the foundations for the infamous Gibson Les Paul Standard that was to follow.

The model was improved upon with a two pickup version in 1953 then a humbucker version, replacing the P90 pickup in 1957.

By this time, it was standard for the neck and bridge pickups to be selected separately as well as together via the three-way toggle switch.

This had its limitations, especially as players were searching for more volume.

The pickups used in these models would be prone to feedback and body noise plus chord playing would loose clarity at higher volumes.

However, seeing the huge success of the Fender Telecaster, they decided they wanted in on the action.

Gibson introduced the ES-335 in 1958. The guitar was the best of both worlds.

It was Ted McCarty who had the idea of adding a solid centre block to the body design. This ran from the neck join all the way to the bottom strap button.

The addition gave the response of a regular solid body electric however, two acoustic side chambers with ‘F’ holes were used. This allowed the whole body to resonate, increasing sustain.

The 335 tone had greater depth and a woodier tone than a fully solid body and suffered much less with feedback which affected earlier ES models.

The guitar also featured a double cutaway allowing easy access right up to the 22nd fret.

The ES-355 TD was seen as a deluxe version of the 335. Refinements were made to the construction with ebony fingerboard and block inlays.

Gold plated hardware was used throughout adding to the premium cost and although marketed by Gibson as a jazz guitar, it found itself in some of the great blues players hands before too long.

Most notably B.B King, who’s black 355 which he named ‘Lucille’ was honored with own signature model in the years to come.

In 1959, the ES-355TD-SV was released which added greater tonal variety.  This model featured a Varitone switch with six positions, enabling various notch filters to be switched on.

Gibson’s ES guitars are still very popular today and have inspired many other guitar brands to release their own variations of the design.