Leo Fender’s vision of what an electric guitar should be, revolutionised popular music forever. His forward thinking and problem solving brought the first solid body electric guitars to the masses.

Origins of the Fender Telecaster

Clarence Leonardis (Leo) Fender was born in Anaheim California in 1909. Unlike his main competitor Orville Gibson, Fender did not come from a musical background at all.

He grew up with a strong interest in electronics and during his teens would visit his uncle’s electrical shop in Santa Maria.

He was amazed by a radio that he’d built from spare parts and the hobby grew when he started repairing radios himself at home in his spare time. By 1938, Fender took a $600 loan to set up the Fender Radio Service shop in Fullerton. 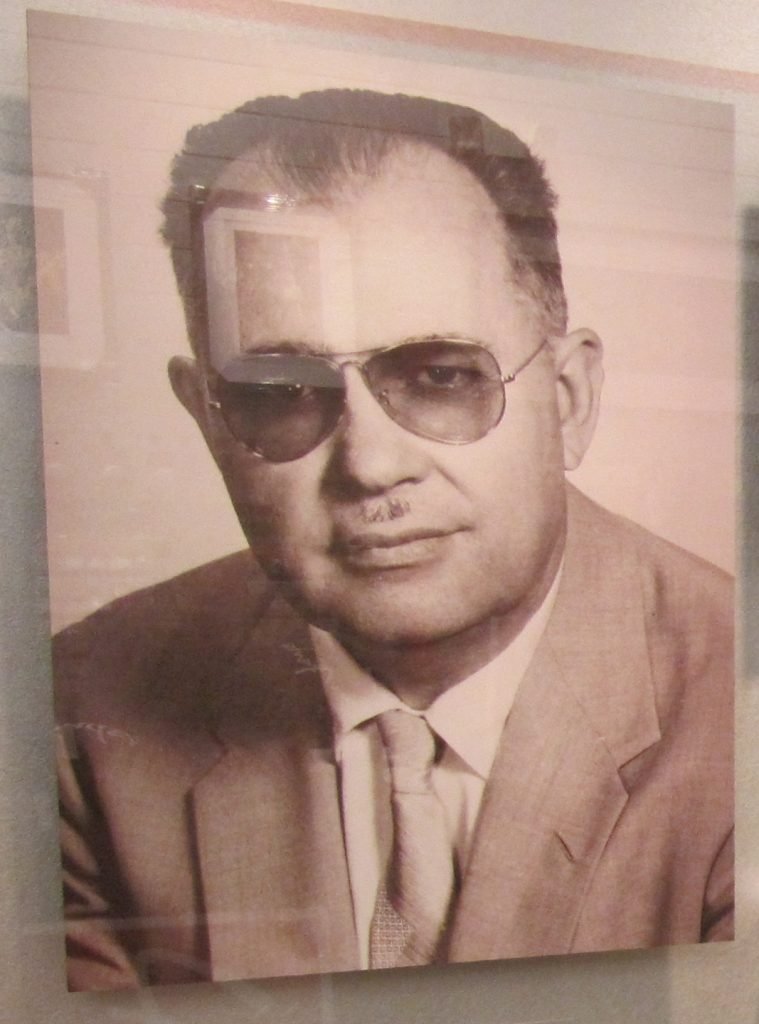 During this time the Electro-Spanish and Hawaiian style guitars were growing in popularity and Fender was quick to adapt his skills. He made a reputation for himself building amplifiers with them in mind.

Whilst working at the radio store, Fender got to know various local musicians. One in particular Clayton ‘Doc’ Kauffman made a lasting impression on him.

Kauffman had previously worked for the Rickenbacker company who produced the first electrified instruments. They went business together as the K&F company and focussed on making lap steel electric guitars and small amplifiers.

Kauffman worked on designing the guitars and Fender honed his skills in electronics, pickups and amplifiers. Their partnership was not to last though, Kauffman realised that the company needed to expand to reach their true potential.

After the Great depression he feared failure, however Fender didn’t worry about it and could see the potential in his ideas. The two parted ways and with his entrepreneurial spirit and passion to succeed fresh in his mind, a new business was born – The Fender Musical Instruments Corporation.

Did Fender Invent the Electric Guitar?

Fender worked on solving issues that the electric guitar players were having. The hollow body archtops from Gibson among others would often suffer from feedback.

This was caused when the loud PA systems and speakers would cause the acoustic chambered body to vibrate. The strings would vibrate on their own too.

Fender realised that if the guitar body was made with a higher density, it would greatly reduce the issue.

He was not the first to have this idea though. Another player on the scene at the time Paul Bigsby, had already produced a solid body guitar for his famous country guitar playing friend Merle Travis.

Who actually invented the first solid body electric guitar is a grey area. Perhaps the Bigsby / Travis guitar had inspired Fender and there’s no doubt that the headstock shape was first drawn by Travis five to six years before it appeared on any fender guitar.

According to an interview in guitar player magazine in 1976, Merle Travis stated that Fender had borrowed the instrument for a week, after seeing him playing it at a gig one night.

Fender disagreed with this view and pointed out that is own solid body electric (which later become the telecaster) was designed long before he first saw the Bigsby / Travis guitar.

It’s most likely that both Fender and Travis (as well as other manufacturers) were working independently on similar solid body electric ideas.

These developments in guitar design would help solve the feedback issues suffered from the hollow bodied arch tops and influence the future designs that followed.

In 1948, Fender and one of his employees George Fullerton, worked on creating and affordable solid body electric.

It’s main intention was for mass production and prototypes featuring one single pickup were released for trade shows known as the ‘Esquire’.